Why unmaintained road markings are dangerous

Why unmaintained road markings are dangerous

Every day thousands of motorists take to the road to shop, work and for leisure purposes. With every journey comes the necessity to ‘read the road’ in order to find the correct lane, avoid bus lanes or adhere to rules, such as one-way systems. Only when these road markings are in poor condition do we consider how important they are to our daily transport needs. We can all agree that well-maintained road markings are an incredibly important part of the UK’s infrastructure. 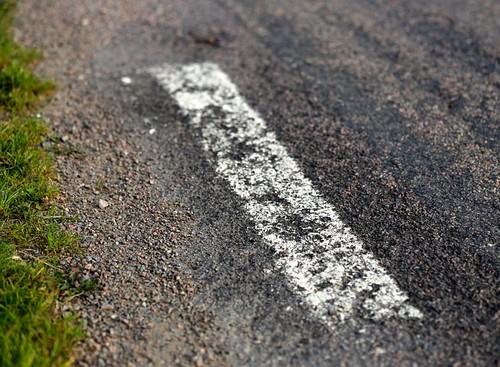 However, in 2011 the Road Safety Marking Association surveyed 1,500 miles of Britain’s roads and their findings were worrying. They found that of 60 A-roads surveyed, 14% of markings on those roads were worn out, and a further 15% were in dire need of immediate replacement. Only 29% of road markings on these A roads were deemed fit to provide an acceptable standard of visibility.

Just last month, on April 4th 2017, there was a serious incident involving three cars near Glasgow. At a junction where Craigmaddie Road meets the A807 Balmore Road, a car pulled onto the main carriageway into the path of another car due to the poor state of the give way markings. Luckily in this case, all the individuals involved including children, escaped with minor injuries.

The collision in Glasgow is the most recent incident in a slew of crashes that are attributed to the declining condition of road markings in the UK since they were last surveyed in 2008.

If the above example does not illustrate the role of road markings to the safety of drivers, passengers and pedestrians, think about how you would navigate the roads if these features were not clearly marked out:

Surveys show that the poor condition of any of the road markings in this list affects the rate of incidents on a given road.

It is a comparatively small investment to bring the roads back up to scratch by repainting faded road markings. Not only do fresh road markings improve road safety, they inspire pride in the local area due to their smart appearance. If you are part of a private business, you have a say in the quality of road markings around your premises. It is similar for residents of towns and villages who can form pressure groups to lobby the local authority to repaint road markings. Accident blackspots around the UK have been greatly improved due to pressure from locals. Very positive outcomes have been achieved by groups who are willing to begin talking to their councils seriously about road safety. If you suffer from worn road markings in your area, this is an option for you too.

UK Surfacings Ltd are proud to provide high quality marking services for all kinds of surfaces. Our team of professional technicians can improve the safety of your premises or facility in just a matter of hours, with a variety of different marking solutions. We lay markings such as white and yellow lining for roads, car park markings and warehouse markings, all of which will stand the test of time. Wherever you are across South London and the surrounding areas, we are confident of exceeding your expectations where surfaces are concerned. For more information, contact our team today.

Joshua Shepherd
15:56 29 Aug 21
Tony was absolutely brilliant, first class service from start to finish. The guys were hardworking, polite, punctual and everything you could wish for when employing a contractor.

Sara Weeden
13:57 28 Jun 21
Came on time, work completed to an excellent standard, very pleased with the results from this happy helpful team.

Dave Mayhew
19:49 09 Feb 21
UK Surfacing were very helpful, informative, and co-operative throughout planning and laying of our replacement driveway. We were kept updated of progress before and during the project.Tony listened to our ideas and enhanced them with his own to produce an excellent new drive. We discussed kerb stones and edging blocks which were no trouble at all to add or amend as the job rolled out.The old drive had to be excavated deeply into very heavy clay. Base was laid carefully and meticulously as were the asphalt layers.If the guys arrived early, they sat quietly in their van WITHOUT the engine running. They did NOT spend time on their phones during the day and consistently worked hard without rushing. They were polite to us, and neighbours noted their politeness when they passed. They kept the area as clean as possible while working and left the site tidy and clean at the end of the job.Highly Recommended!

Richard Wagner
15:37 09 Feb 21
Responded promptly to request, offered sound advice (compared with others we contacted) and sensible price for re-surfacing our long, winding driveway. Did work with care, following up a week later to tidy any rough spots. Thoroughly recommended.

Hiten Amin
16:33 23 Oct 20
They did our Resin drive. Tony and his team were thoroughly professional, very competitive price, excellent work. Would highly recommend.

Mark Brown
19:37 20 Oct 20
Tony from UK Surfacing was particularly helpful and was most responsive and patiently answered all my queries and concerns regarding our driveway.The team that attended were all punctual, polite and incredibly tidy. The work was done to a standard that was better than I had hoped for and everyone that has seen the finished result has been really impressed.When you use a company for the first time, it’s always a concern, Will they turn up? Will the work be done to a high standard ? Will they do what they say they’re going to do and when they say it ? In answer to all these I can say they most certainly did.Tony went out of his way to keep us informed about what was happening and when.Highly recommended.

Christine Harrold
18:24 20 Oct 20
I have used Tony and his team on many occasions, and have found them to be excellent in all aspects of their work, from the initial pricing, to finishing the job, and leaving everything clear and clean.

Lisa Hamilton
21:57 17 Nov 19
Superb job done to restore my crazy paving. Tony and his team were excellent. I will definitely use UK Surfacing again. Highly recommended :)

Emm Gaudin
13:41 20 Sep 19
Brilliant job!Tony kept me updated the whole way from start to finish!Big thank you to his team for the job they've done on my driveway.Absolute pleasure to deal with!I'll definitely recommend their services!

Paul Wills
15:37 17 May 19
Excellent, professional job. Very happy with the end result - our garage entrance is quite a slope - so extra care, attention and effort was required to lay the asphalt well. All clearing and preparation of the slope was done quickly and efficiently. The 'team' were great and got on with the task in hand. (offer of couple of 'cups of tea' - that always helps too : )I would recommend them very highly.

Robert Green
18:53 23 Jan 19
Excellent workmanship, great people to deal with - a decent family business. Lovely team who were tidy, courteous and professional. The Tarmac world seems to be rife with less than professional companies but UK Surfacings stand out for all the right reasons.

Dani K
20:23 30 May 18
So happy with my drive! Super high standard, quick and clean service. Also cheaper than I had been quoted elsewhere. Thank you.

Kevin Murrell
12:55 26 Apr 18
We have always had first class service from Tony. He is always on time for site meetings and he is prompt with quotes. He has vast experience and will always answer any questions and help out where he can. The work is first class and competitively priced. Would highly recommend for any job large or small.

victoria nicholson
08:05 26 Apr 18
Always professional, fantastic Company. Have used them for many years and would highly recommend their services.